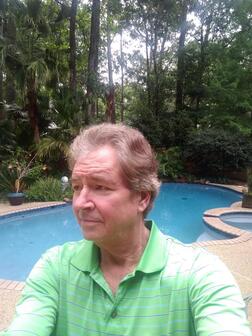 My name is David Fischer. I have been a member of St. Michael’s for 2 years, after spending most of the previous 50 years at Christ Church in Covington. My beautiful wife, Barbara, and I will be celebrating our 40th wedding anniversary on July 30th . We have two children, Kellie (36) and Neal (33). Kellie has blessed us with two grandchildren, Thomas (10) and Charlie (5).

Job summary: I worked in the Information Technology (IT) field the first 18 years after graduating from SLU, mainly in the banking sector. During those years, I also had a part-time job with the New Orleans Saints as their computer statistician on gamedays (1985-1999). This was the stepping stone to my last job in IT, as a statistics analyst with the National Football League in New York City. However, after 3 winters of shoveling snow, we longed for the hot humid summers in Louisiana and returned home. Upon moving back to Mandeville, I discovered that most of my IT experience was now obsolete and my value was limited. This is when I decided to make a career change and went in the field of Finance. I was the CFO for Blunt Wrap USA for 15 years until I retired at the end of 2017.

It’s amazing how each decision we make can potentially alter our path in life. It took the perfect set of circumstances, and God’s wisdom, for me to arrive at St. Michael’s. I’m so grateful to have found such a welcoming church community, especially in the early months of the pandemic. I’m eager to show my appreciation by offering my talent, time, and experience in any way that will help the church grow and
prosper. 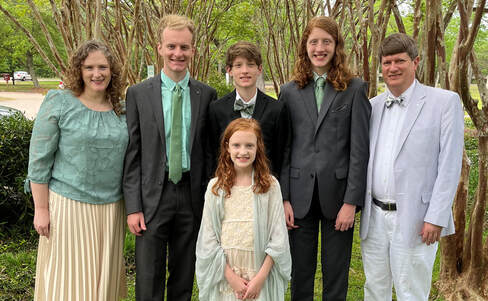 Tara Turner Jacks is a lifelong Episcopalian. Though she was born in a military hospital in Germany while her father was an officer in the United States Air Force, she grew up in Covington. Tara and her family were active members of Christ Church—she and her sister were “choir orphans” on most Sundays while her parents sang. Tara attended the University of Southern Mississippi, where she earned a Bachelor of Science in Business Administration and Master of Professional Accountancy. She has worked as a Certified Public Accountant in Mississippi and Louisiana for over 20 years.

Tara met husband, Tom, at Christ Church after he moved to Louisiana to take a job with NASA at Stennis Space Center. They moved to Mandeville in 2009 and have four children: Collin, who is a pilot and a junior at Louisiana Tech majoring in Professional Aviation; David, a junior at Mandeville High; Clay, a sophomore at Mandeville High; and Kate, a seventh-grader Mandeville Junior High. Collin was confirmed at Christ Church, while David and Clay were confirmed last fall at St. Michael’s. The boys are all Scouts: Collin is an Eagle and the other two are active Life Scouts.

Tara and her family began attending St. Michael’s on the First Sunday of Advent in 2020. The Jacks family is happy to be part of the welcoming, close-knit community at St. Michael’s. Tara hopes that her accounting background can contribute to her service on the vestry. 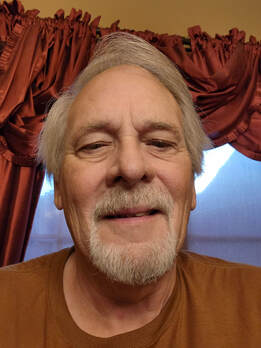 My name is Lloyd Magee, and I'll be 70 on August 10th. Although born in Bay St. Louis, I grew up in Gentilly in New Orleans. My father was Baptist, but I attended church with my mother. I got my earliest Christian teachings at Gentilly Presbyterian Church where I was baptized, made my Confession of Faith, and at age 12 joined the church.

Most of my young adult life I was a member of various Presbyterian churches, but did experience periods of inactivity. After going to work for the Army Corps of Engineers in Vicksburg, MSI transferred to New Orleans and resumed worshiping with my mother, who was attending Salem United Church of Christ.

It was at about this time that I met my wife, Barbara. While dating we worshiped together at each other's respective churches, and I learned the she had been Episcopalian all of her life. As we continued to date and our feelings grew stronger, we began talking about marriage. It didn't take me long to realize that if we were to worship together as a family, it was I who would have to make a change.

| got my introduction to the Episcopal church at St. Paul's in New Orleans. It was there that took classes to make my confirmation, was confirmed, and then was married in July of 1998. We moved to Mandeville in January of 1999. Since Barbara was a charter member of St. Michael's, we moved our letters of membership to St. Michael's, and worshiped there until the church began experiencing political strife, and ultimately split. We moved our membership to Christ Church Covington in 2001.

Barbara and I have always involved ourselves in supporting our church and its activities. As stated earlier Barbara helped start St. Michael's, and while we were there initially she was on the altar guild and school board, and I sang in the choir. We both continued in those ministries when we transferred to Christ Church. Barbara ultimately became the chair of the altar guild, and I sang in multiple choirs. We were both lectors and Eucharistic Ministers, Barbara an MC. I was elected to the Vestry in either 2014 or 2015, and served my 3 year term. When Christ Church experienced their own political strife and split around 2019 or 2020, Barbara and I moved our letters back to St. Michael's.

Since back at St. Michael's we have continued our service to the church. We deliver the weekly donations to the Samaritan Center and to St. Francis animal sanctuary. Barbara is once again on the altar guild, is a lector, and a greeter. In addition to singing occasionally with the choir and being a regular cantor at the 9:00 service, I have helped with our Lenten fish fry ministry since being instituted by Fr. Robert, and have helped Chuck with some of his maintenance work around the church.

Whether elected to the Vestry or not I will continue being of service to St. Michael's, and will help parishioners where and when I can. 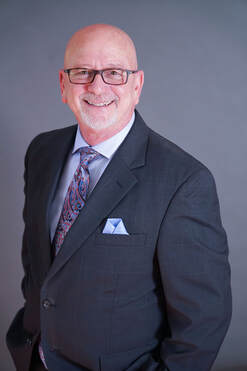 I am honored to submit my name for consideration as a member of the vestry of St. Michael’s.  I have been a member at St. Michael’s for more than 25 years.  I have served on the vestry twice before and was selected as Senior Warden on one of those stints.  I have been a Sunday School teacher and assisted with the youth group and mission trips.  I have been on the finance committee for several years.  I am currently the trainer and leader for Eucharistic Ministers, Lay Readers and Acolytes.  I have been participating in the Kairos prison ministry for 8 years at Rayburn Correctional Center in Angie Louisiana.  I serve as the prison liaison responsible to insure volunteer training and work directly with the Chaplain and Warden.

I have been at St. Michael’s through its most turbulent times both spiritually and financially.   I’ve, also, been blessed to see the reemergence of this congregation as a loving, caring and sharing family striving to live in God’s way.  I would like to have us continue to grow and share God’s love with the entire community through the Samaritan Center, Family Promise, Kairos, our youth renovation team and St. Francis Animal Sanctuary.  I’d pray to get more of our members involved in serving at St. Michael’s as well as our outreach programs.  I’ve always been told that if you don’t ask, you probably won’t get.  So, if selected, you can be sure that I will be reaching out to each of you and asking that you commit to one of our programs if is at all possible.